Addiction is a disease, when left untreated, has severe, life-threatening, even fatal consequences. Justin spent years in his addiction and thankfully survived many near death experiences. Finding his recovery was a fight. This is his story. 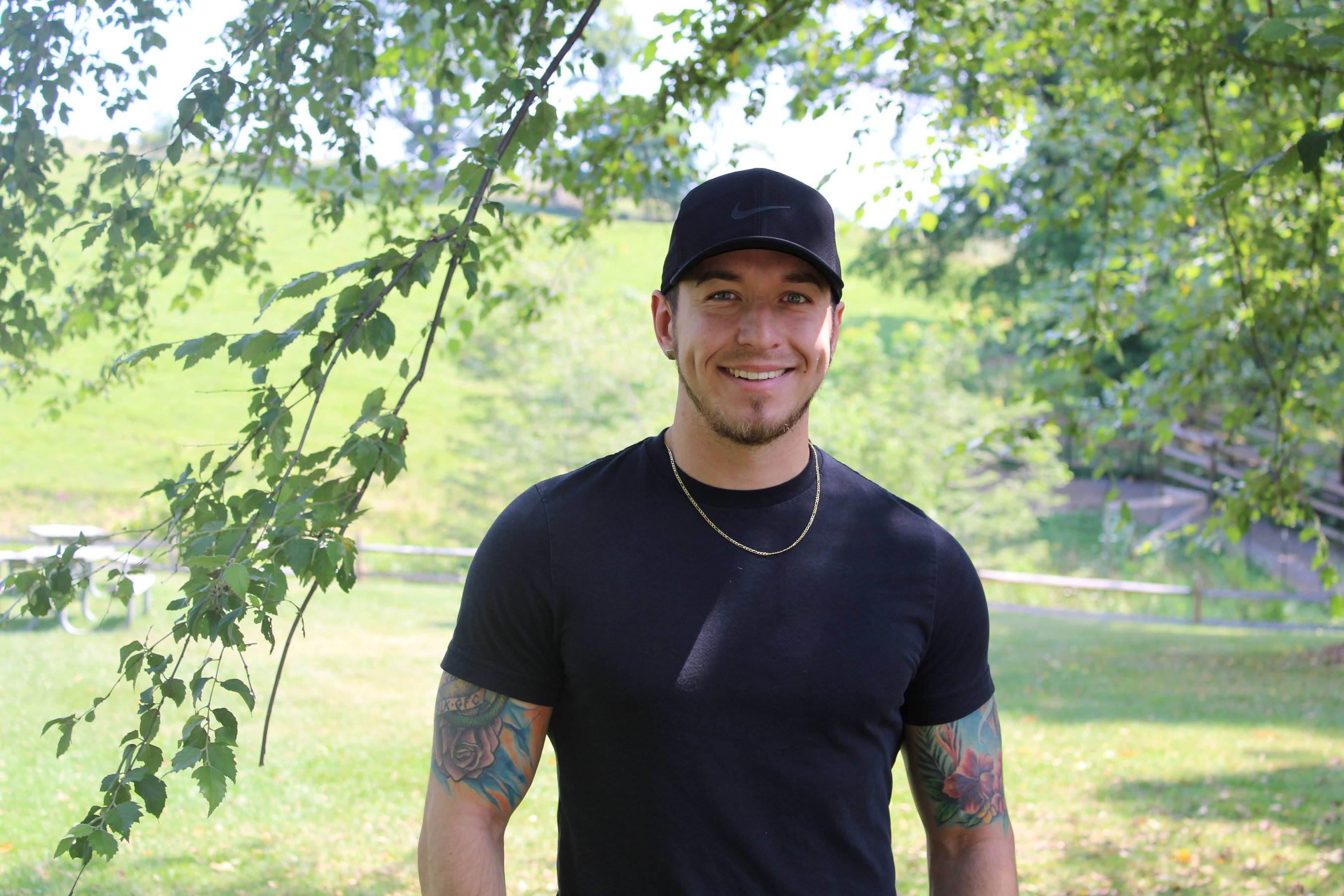 A Fight For Recovery

“My lips were blue.”

Addiction is a disease, when left untreated, has severe, life-threatening, even fatal consequences. Justin spent years in his addiction and thankfully survived many near death experiences. Finding his recovery was a fight. This is his story.

Justin began using marijuana and alcohol in 2010, when he was just 15 years old. That year he experienced the painful loss of three close relatives, one of whom died in a car crash at just 21 years old. Shortly after he was diagnosed with depression and prescribed medication to treat it. Searching for ways to cope with his grief, his substance abuse slowly progressed from an occasional weekend party to regular use throughout the week. Although escalating, he kept up his grades and participation on the hockey team, so he thought he was fine. 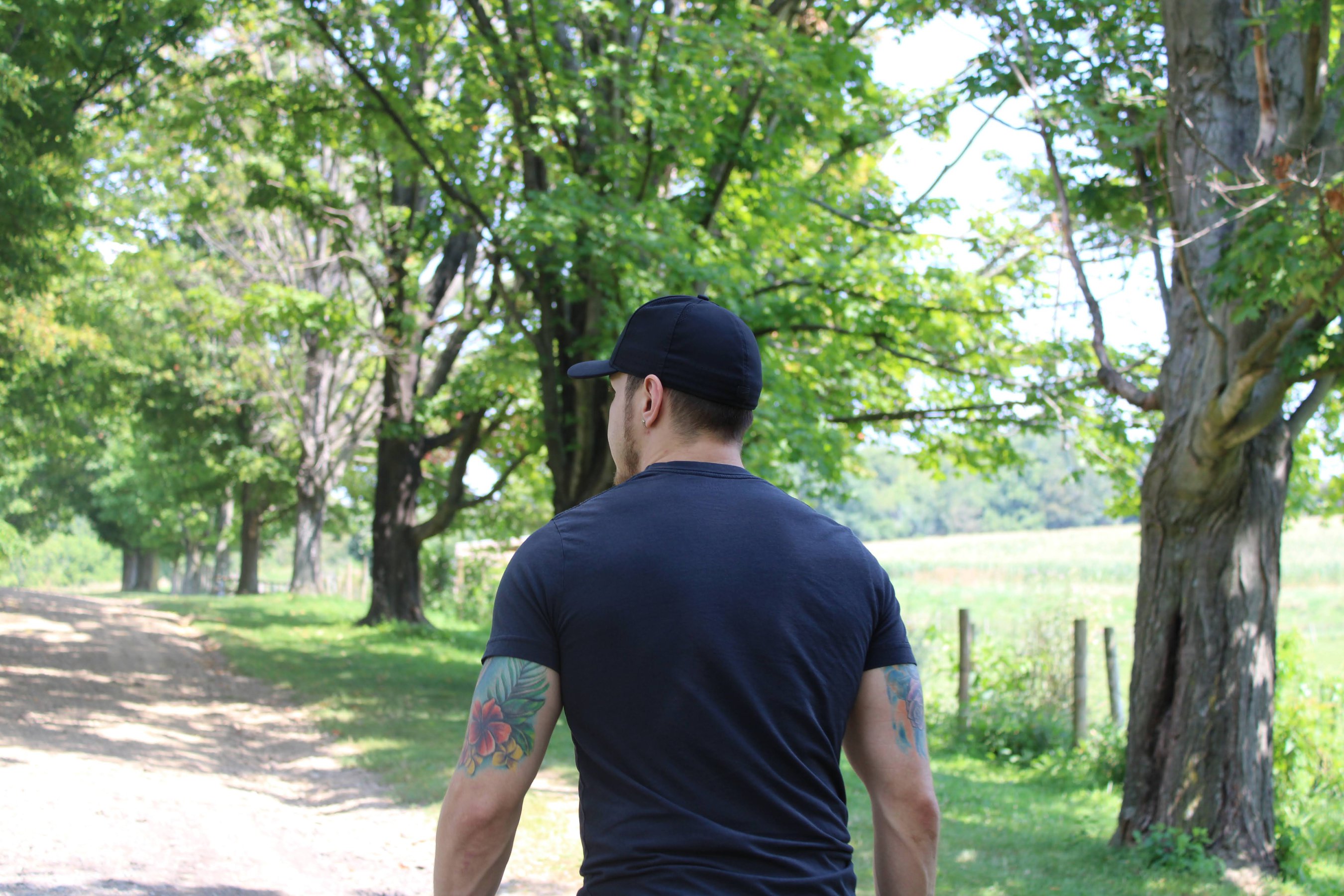 A Long Road Ahead

Justin began using Adderall. His use increased to the point where he would stay up for days at a time.

“I lost 25 lbs. But I still didn’t think it was a problem, because I was not aware of the repercussions.”

On top of using marijuana, alcohol, and Adderall, Justin was using a variety of pills to fall asleep at night, which led to blacking out on multiple occasions.

A senior in high school, and nothing else to take besides his prescribed depression medications, Justin began to significantly misuse those pills which led to extreme auditory and visual hallucinations. He was at hockey practice, did not feel right at all, and that is where his memory of what happened ends.

During practice Justin collapsed; he had overdosed. He spent the next three days in the ICU in severe tachycardia, an unusually high heart rate.

“I still didn’t think of it as a problem or an overdose. I just thought it was an accident.”

“After graduating I kept using. It was a way to get me out of the way I was feeling.”

While attending college at CCAC, one of Justin’s friends at the time offered him what Justin believed to be acid, so he decided to try it then drove home. The drug started having adverse effects in reaction to his prescribed medication he was on, and he passed out. After waking, he could not stand up. His hands had swollen, and he couldn’t move. He was terrified. He called a friend over for help, then flat-lined shortly after that call.

This led Justin, at 18 years old, to Gateway Rehab.

It is common for addiction treatment to take several times to successfully bring someone to recovery. Justin's journey took overdosing, several rounds of treatment, several relapses; Justin had to fight for his recovery.

“I was close-minded. I thought I was fine, not like everyone else there. I didn’t participate in group, and I didn’t tell the truth about my addiction in my assessment.”

After being placed in outpatient treatment, Justin failed drug tests and was sent to our inpatient facility.

Another family member passed just 2 weeks after being released.

“I didn’t want to get high, but I wanted to do something, so I started drinking. My drinking escalated for the next 2-4 months, then I started getting high again.”

At this point Justin had accepted he had a problem, but didn’t want to stop. He found himself at Gateway a second time. This time he made it 100 days without getting high before relapsing. This time Justin received a dual-diagnosis.

“I still hadn’t accepted my addiction.” 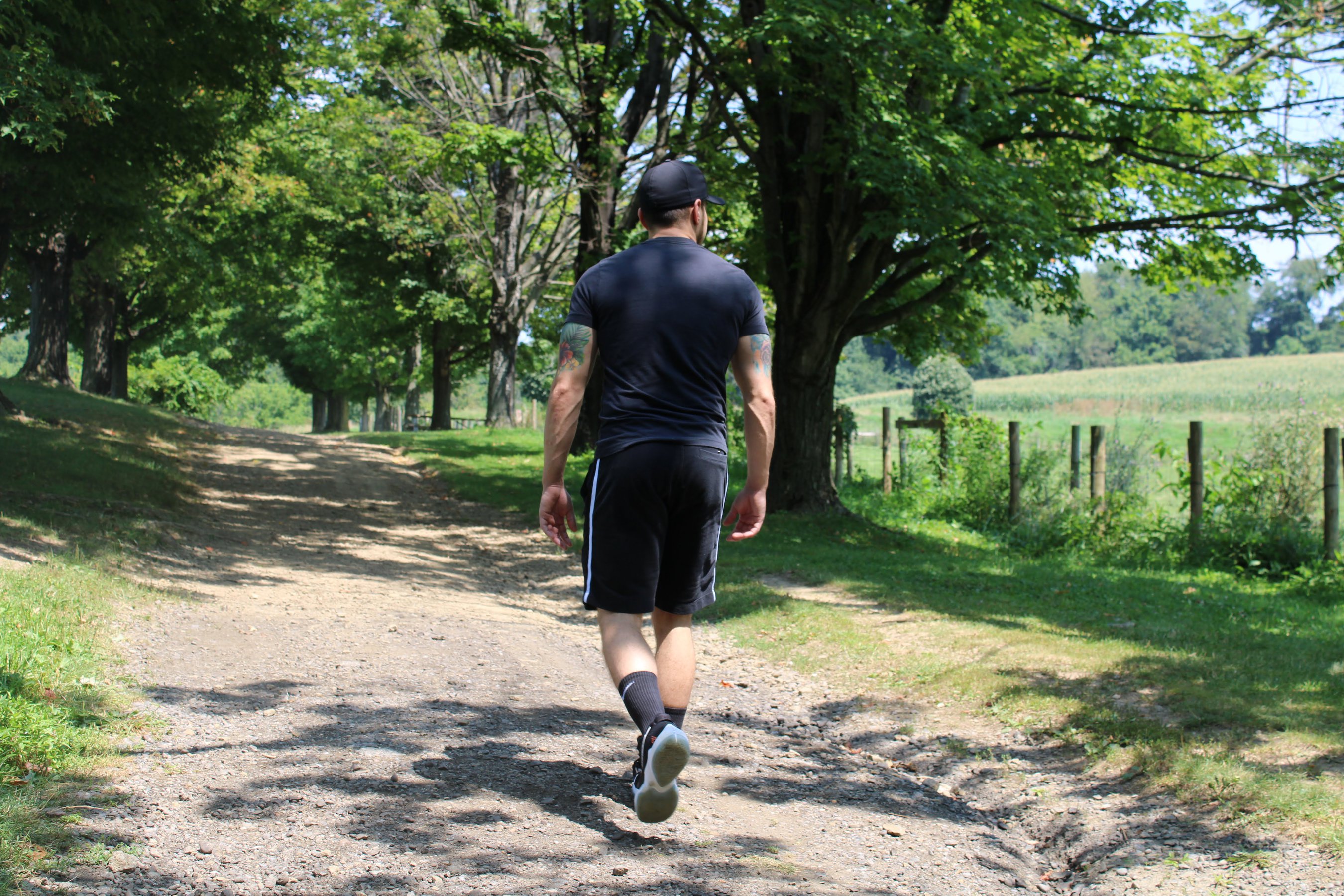 Relapsed. Caught. Transferred to Gateway. A painful cycle that Justin, and many others suffering with addiction, have endured and fought through to find recovery.

Justin was attending college at IUP and his addiction was escalating again. He was using every day and trying anything he could, spending all of his money. He describes being so consumed with his addiction that he didn’t even notice how much he was spending.

He tried outpatient again after a push from his parents.

“I still wasn’t participating. Sometimes I would just go to the parking lot. I failed drug tests again so I was sent back to inpatient, again.”

The 4 days prior to being admitted Justin used every day, wrecked a car, and told his friend he wanted to die.

Saved By The Bell

“The next day I blacked out. I went to Giant Eagle to get money out to buy more cocaine. I was driving high and looking at my phone and drove right into a telephone pole.

The first thing I thought when I crashed was anger that I was still here and survived.”

The EMTs that responded told him he was lucky to be alive, but Justin did not feel lucky. The suffering he was experiencing made him wish he hadn’t survived. 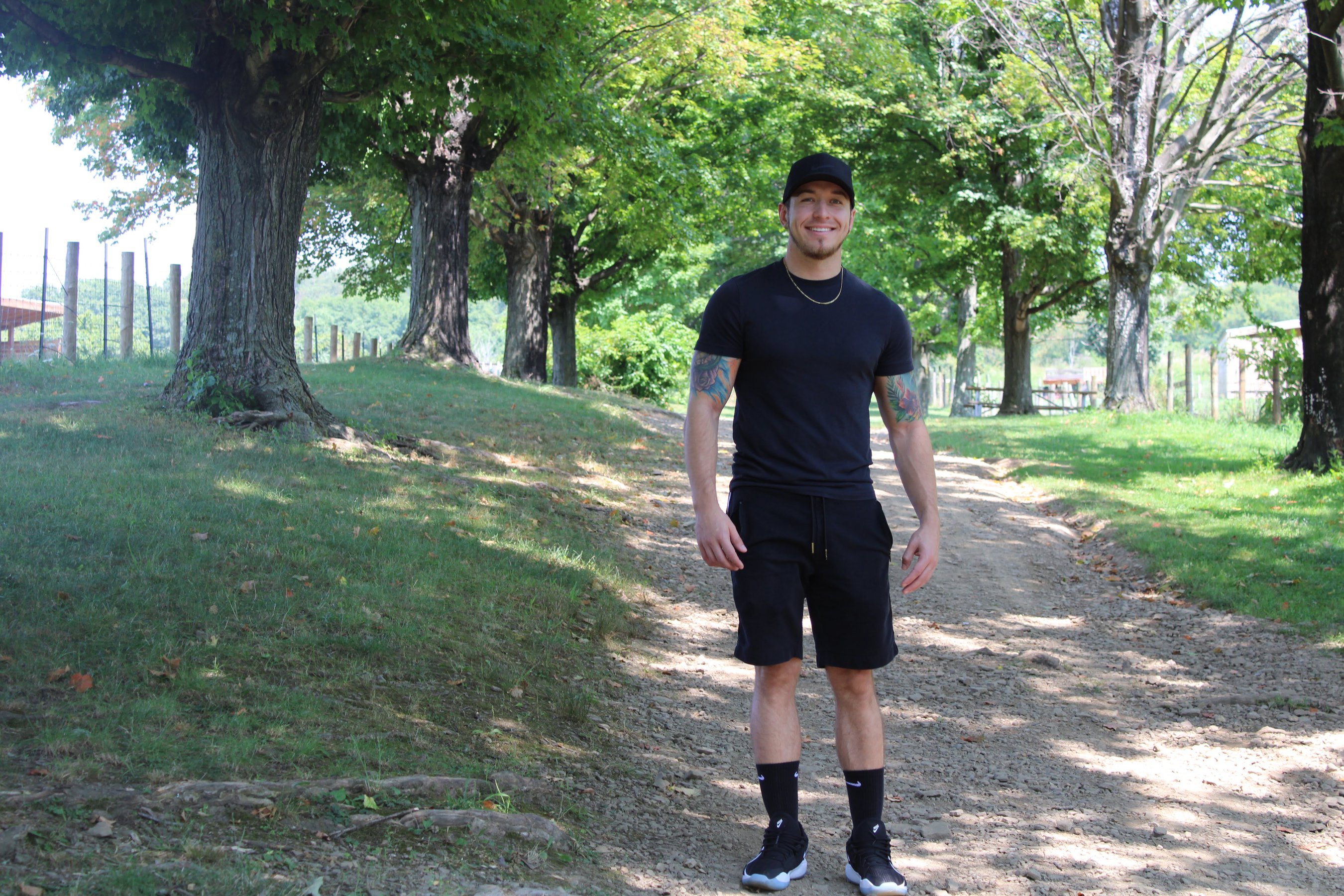 This time, it was different. January 22, 2018, Justin checked into Gateway Rehab’s inpatient program, and although it was not the first time, it was his last.

“Two weeks in, I prayed every day and told God I couldn’t do this anymore. I felt really different. I had a spiritual awakening. I decided I was actually going to try this time.”

This time Justin participated, learned, and healed. In a group on grief, he wrote a note to his cousin who had passed on his birthday, worked through his grief, and felt closure. He loved music therapy and was impacted by the counseling he received through it.

“I remember everything I learned at Gateway. Everyone helped me out so much.”

Justin is now a Certified Recovery Specialist, working to help others with their recovery. He also is currently pursuing a degree in sociology with a focus on social deviance to be able to further help those who struggle with addiction. Justin has dedicated his personal experience, education, and career to helping those who need it.

“Give yourself a chance. Give yourself a break. Everyone deserves happiness and serenity. I have never heard of anyone’s life getting worse after getting clean. It can only get better. Pushing through those tough times, that is what creates that life you aspire to have.” 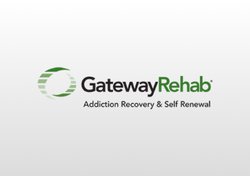 THE ROLE OF MEDICINE IN EARLY RECOVERY